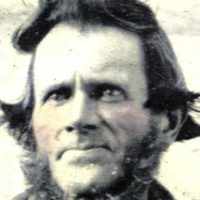 English: from the Middle English, Old French personal name Lewis, Leweis, Lowis, from ancient Germanic (originally West Frankish) Hludwig (itself from hlōd- ‘fame, famous’ + wīg- ‘battle’). This was Latinized as Ludovicus and Chlodovisus, which were gallicized as Clovis or Clouis, French Louis. The name may also appear as Lawis, Laweys, Lawes, by unrounding of the vowel of Lowis on the analogy of the variation between Low and Law as pet forms of Middle English Lourence alias Laurence. This surname is also very common among African Americans. See Laws 2 and compare Lawrence .

Irish: shortened Anglicized form of Gaelic Mac Lughaidh ‘son of Lughaidh’. This is one of the most common Old Irish personal names. It is derived from Lugh ‘brightness’, which was the name of a Celtic god.

Put your face in a costume from James Stapleton's homelands.