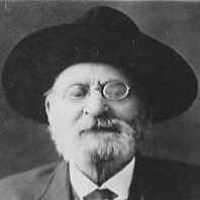 The Life Summary of Luther Moses

Put your face in a costume from Luther Moses's homelands.

English: nickname from Middle English palmer(e) ‘palmer, pilgrim to the Holy Land’ (Anglo-Norman French palmer, Old French pa(l)mer, paum(i)er), so called from the palm branch carried by such pilgrims. The term was also used to denote an itinerant monk who traveled from shrine to shrine under a vow of poverty. This surname is also common in Ireland, where it has been recorded from the 13th century onward.Irish: when not of English origin (see 1 above), a surname adopted for Gaelic Ó Maolfhoghmhair (see Milford ), the name of an ecclesiastical family.Swedish (mainly Palmér): ornamental name formed with palm ‘palm tree’ + the suffix -ér (a derivative of Latin -erius) or -er (from German).

Dr. Luther Morris Palmer was born July 5, 1827 at Ogdensburg, New York. He was the son of Abraham and Patience Delila Pierce Palmer. He crossed the plains in 1847; went to California at the time of …