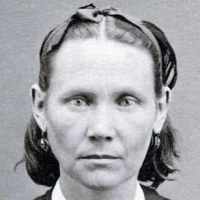 Robert McKell wrote his own life story up to the year 1850 as follows. Our children, since they have grown up, have asked their mother and me many times where we came from and what we were in the old …