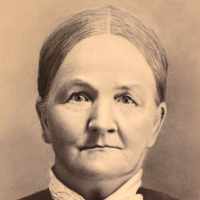 The Life Summary of Frances Jane

Put your face in a costume from Frances Jane's homelands.

Born 15 July 1832 Moores, Clinton, New York. Clark was the third child and first son of Ira Ames and Charity Carter. His father was 28 and his mother was 25 years old. His older sister Clarissa was …