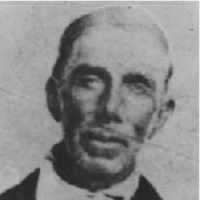 The Life Summary of Ellis Mendenhall

Put your face in a costume from Ellis Mendenhall's homelands.

Ellis Mendenhall (M.) Sanders, son of Ellis Sanders and Hannah Mendenhall of Delaware, was born 5 December 1808 in Mill Creek (near Stantonville), New Castle, Delaware. He grew to manhood in this are …