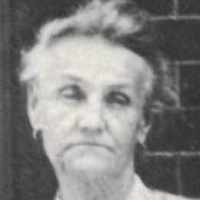 The Life Summary of Martha Eliza

Put your face in a costume from Martha Eliza's homelands.

English: habitational name from the city of York in northern England. The surname is now widespread throughout England. Originally, the city bore the Latin name Eburacum, which is probably from a Brittonic name meaning ‘yew-tree place’. This was altered by folk etymology to Old English Eoforwīc (from the elements eofor ‘wild boar’ + wīc ‘specialized farmstead’). This name was taken over by Scandinavian settlers, who altered it back to opacity in the form Jórvík or Jórk (English York, which became finally settled as the placename in the 13th century). The surname has also been adopted by Jews as an Americanized form of various like-sounding Jewish surnames.In some cases also an American shortened and altered form of the East Slavic patronymic Yurkovich or its Croatian, Slovak, or Slovenian variants. Compare Yurk .

Aaron and Hannah Carter York and their children departed from Kanesville (Council Bluffs), Iowa, for Salt Lake in 1850. Their children, born in Newry, were: Asa Bartlett York, 18; Julia Ann Kilgore Yo …