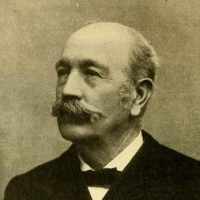 The Life Summary of William Bowker

Put your face in a costume from William Bowker's homelands.

Wikipedia article of William B. Preston

William B. Preston (Mormon) William Bowker Preston (November 24, 1830 – August 2, 1908) was the fourth Presiding Bishop of The Church of Jesus Christ of Latter-day Saints (LDS Church) between 1884 and …