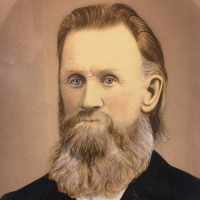 Daniel Davis was born in 1808 in Essex, Massacusetts. He converted to the LDS Church and was baptized in 1845. He appears to be the only member of his family who converted. He was endowed in the Na …