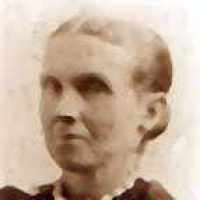 The Life Summary of Nancy Meribah

Put your face in a costume from Nancy Meribah's homelands.

Statement by Isaac's Daughter Nancy regarding His Early Persecution

Mr. Musser, Dear Brother, as my Father Isaac Behunin has entirely lost his memory, I feel it my duty to send you a few lines in his behalf. My father and mother Elmina Tyler Behunin embra …