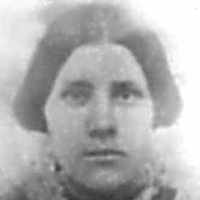 English:occupational name for someone who lays slates on roofs, from Middle English sclat(t)er, occasionally slater ‘slater’ (a derivative of Old French esclate ‘slate’ + the Middle English agent suffix -er). See also Slate .in Sussex and adjacent counties, Slater and Slatter are probably post-medieval pronunciations of Slaughter ; there seems to be no medieval evidence in the southern coast counties for the occupational name Slater in 1 above.

Ruth Slater was born on 4 January 1838 in Clifton, Bedfordshire, England to James and Hannah Pratt Slater. She was the ninth of eleven children, six girls and five boys. She was christened on 15 May …