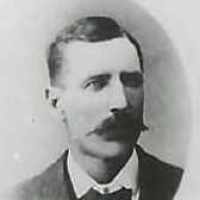 Joseph H. Evans, son of David Evans and Barbara Ann Ewell Evans, was born April 7, 1847 in Nodaway County, Missouri. The home in which he was born was a log cabin without windows, doors and dirt floor …