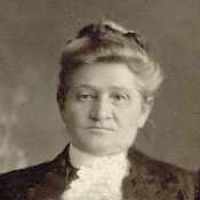 The Life Summary of Carrie

A tribute to my father Eli Harvey Stout Jr. by his son, Clarence Harvey (Clix) Stout,