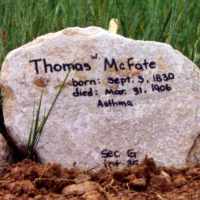 The Life Summary of Thomas Williams

Put your face in a costume from Thomas Williams's homelands.

Scottish: Anglicized form of Gaelic Mac Phaid, a patronymicfrom a pet form of the Gaelic form of the personal name Patrick .