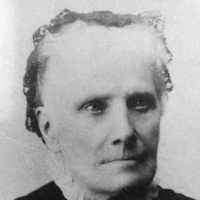 Some characteristic forenames: French Pierre, Antoine, Andre, Francois, Patrice, Germaine, Magalie, Philippe, Yves, Alain, Jacques, Cecile.French, Welsh, English, West Indian (mainly Haiti), and African (mainly Tanzania): from the French form of the ancient Germanic personal name Karl ‘man, husband, freeman’, which was Latinized as Carolus. In France the personal name was popular from an early date, due to the fame of the Emperor Charlemagne (c. 742–814; Latin name Carolus Magnus, i.e. Charles the Great). The Old French form Charles was briefly introduced to England by the Normans, but was rare during the main period of surname formation. It was introduced more successfully to Scotland in the 16th century by the Stuarts, who had strong ties with France, and was brought by them to England in the 17th century. Its frequency as a Welsh surname is attributable to the late date of Welsh surname formation. Old English Ceorl ‘peasant’ is also found as a byname, but the resulting Middle English form, Charl, with a patronymic in -s, if it existed at all, would have been absorbed by the French form introduced by the Normans. English variants pronounced with initial k- for the most part reflect the cognate Old Norse personal name Karl, Karli. Compare Carl .English: in some cases, possibly a habitational name from Charles (Devon), or a post-medieval variant of Cherrill, with excrescent -s, perhaps by false association with the personal name Charles. Cherrill is either a habitational name from Cherhill in Wilshire, or a status name from Middle English cherl, cheril, charl, chirl ‘churl, bonded tenant, serf; peasant’.

HISTORY OF LUCY CHARLES STEEL Written by Granddaughter - Anna S. Barlow Submitted to DUP as a pioneer history When I think of writing a life’s sketch of my dear little grandmother Steel, I feel my …