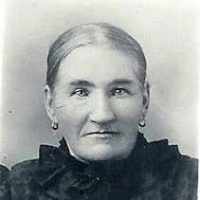 The Life Summary of Karen Catherine

Put your face in a costume from Karen Catherine's homelands.

Catherine Jensen daughter of James Jensen & Mary Catherine was born December 5, 1832 at Braten, Denmark. She married Nels Christian Sorensen at Alstrup, Denmark. She was the mother of ten ch …