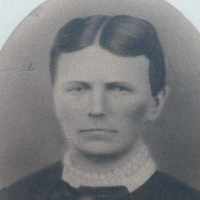 When Elizabeth Graham was born on 28 January 1844, in Darfield, Yorkshire, England, United Kingdom, her father, Richard Graham, was 27 and her mother, Mary Woodcock, was 23. She married Henry Fowles on 8 June 1867, in Salt Lake City, Salt Lake, Utah, United States. They were the parents of at least 1 son. She lived in Yorkshire West Riding, England, United Kingdom in 1851 and Fairview, Sanpete, Utah, United States for about 10 years. She died on 3 November 1887, in Arizona, United States, at the age of 43, and was buried in St. Johns, Apache, Arizona, United States.

Elizabeth Graham was born 28 Jan. 1844 in Thurnscoe, Yorks, England. Her parents were Richard and Mary Woodcock Graham. Richard was the son of F. Nathaniel Graham and Catherine Scamideen or S …