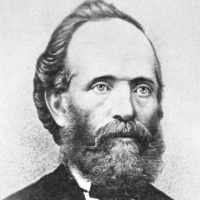 When Isaac Dunford was born on 23 June 1824, in Trowbridge, Wiltshire, England, United Kingdom, his father, John Dunford, was 30 and his mother, Mary Blair, was 28. He married Leah Bailey on 2 November 1845, in Trowbridge, Wiltshire, England, United Kingdom. They were the parents of at least 7 sons and 6 daughters. He lived in St. Louis, St. Louis, Missouri, United States in 1860 and Utah, United States in 1870. He died on 4 October 1879, in Cache, Utah, United States, at the age of 55, and was buried in Bloomington, Bear Lake, Idaho, United States.