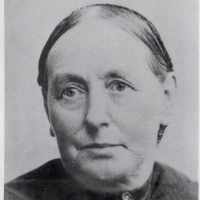 The Life Summary of Sarah Susannah

Put your face in a costume from Sarah Susannah's homelands.

English (Gloucestershire): habitational name primarily from Wintle in Worcestershire, named from Old English wind ‘wind’ + hyll ‘hill’, but in some cases perhaps from any of the places mentioned at Windle .

John Evington Bitton was born April 12, 1830 in London, England. He was the first son and second child of William Farman Bitton and Jane Evington Bitton. There were ten children in his family, seven b …