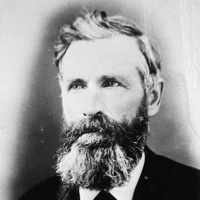 The Life Summary of Alfred Summers

Put your face in a costume from Alfred Summers's homelands.

Nathaniel Hunt Greer was born at the turn of the century, on October 26, 1802 in Jasper county, Georgia. He was the tenth child and the last of seven sons born to John Aquilla (or David) Greer and Sar …