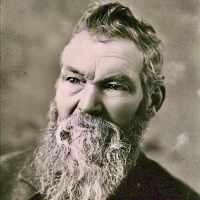 The Life Summary of George Abraham

Put your face in a costume from George Abraham's homelands.

A Family of Faith

George Abraham Williams “A Family of Faith” On a beautiful, calm day in January of 1842, three-year old George A. Williams stood on a boat dock in Liverpool England. He was with his father Benja …