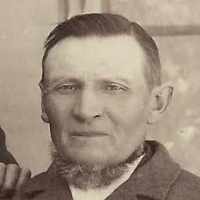 When Peder Christiansen Gron (Green) was born on 1 March 1827, in Brakker, Øster Starup, Koldinghus, Denmark, his father, Christian Pedersen Gron, was 30 and his mother, Else Jensdatter Beck, was 36. He married Else Marie Bertelsdatter on 5 November 1852, in Vester Nebel, Koldinghus, Denmark. They were the parents of at least 2 sons and 4 daughters. He lived in Øster Starup, Brusk, Vejle, Denmark in 1834 and Dronninglund, Dronninglund, Dronninglund, Hjørring, Denmark in 1845. He died on 15 August 1914, in Plain City, Weber, Utah, United States, at the age of 87, and was buried in Plain City, Weber, Utah, United States.

The life of Peder Christensen Gron

Peder Gron was born on March 1, 1827 in Denmark, but later changed his name to Peder Green. Peder fought in a Denmark war where he was wounded in battle but later returned to battle. While fighting, P …