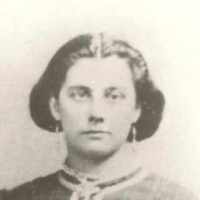 Christina was born 24 Aug 1815 at Bloomfield township, Jackson, Ohio. She was the eldest of seven children born to David Stoker, Sr., and Barbara Graybill. On 8 Feb 1835 she married John McDaniel. Th …