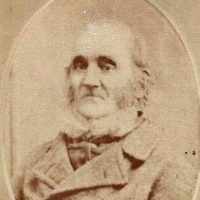 The Life Summary of Benjamin Kimball

Put your face in a costume from Benjamin Kimball's homelands.

Benjamin Kimball Hall(1) was born on November 10, 1793 in Chester, Rockingham County, New Hampshire, the eighth child of Joseph Hall and Ruth Harriman. His paternal grandparents were Jonathan Hall and …