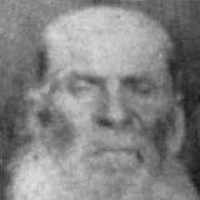 The Life Summary of William Thomas

English: variant of Quarrell, either a topographic or occupational name for someone who lived by or worked at a quarry (Middle English quarrel), synonymous with Quarry , or a nickname from Middle English, Old French quarel, quarrel, carrel, denoting a short, heavy, square-headed bolt for a cross-bow, arbalest, or siege engine; this use might have had an occupational connotation, for someone who made or used quarrels, or it may have been used figuratively for a thickset or stout person. In Devon and Hampshire the name Quarrell survived as Carol and Car(r)oll. In Yorkshire and Durham from the late 18th century onward the name became indistinguishable from Carroll and its variants, borne by Irish migrants.English (of Norman origin): perhaps also a Norman French habitational name from Carelles in Mayenne (France), early recorded as Quarrel. Compare Carrel . No medieval bearers have been found in England to confirm this origin.Irish: altered form of Carroll .