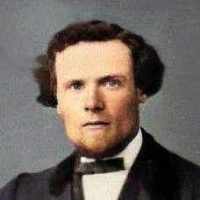 When Niels Peter Anderson was born on 17 October 1819, in Gundestrup, Års, Års, Ålborg, Denmark, his father, Anders Nielsen Kjærsgaard, was 32 and his mother, Ane Nielsdatter, was 32. He married Anne Christensen on 23 March 1849, in Hyllebjerg, Ålborghus, Denmark. They were the parents of at least 3 sons and 2 daughters. He lived in Ulstrup, Års, Ålborg, Denmark in 1860. He died on 28 January 1885, in Ephraim, Sanpete, Utah, United States, at the age of 65, and was buried in Ephraim, Sanpete, Utah, United States.