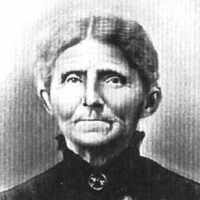 Birth of Pauline Hutchings. Taken from the history of Shepherd Pierce Hutchings

I married Lucinda Clark on Sunday at four P.M. November 25, 1839 in the town of Naples, Scott County, State of Illinois. Now I thought I would have a home and stop travelling about. I thought this wom …