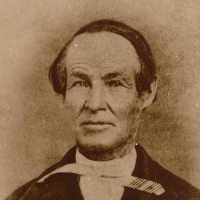 The Life Summary of Solon

Put your face in a costume from Solon's homelands.

By 1834, the Lord was preparing to organize the leadership of His church and open the gospel doors to the nations of the earth. The Church, however, was in great need of priesthood leaders who had bee …