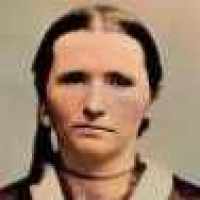 I Nancy Haws, daughter of William Haws and Isabella Womack, was born August 25, 1823, in Wayne Co., Ill. Married on the 7th day of June 1840 to William Madison Wall. I was baptized in the ye …