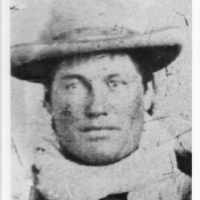 The Life Summary of Matthew

Put your face in a costume from Matthew's homelands.

Matthew Simmons was born on 23 December 1849 in Little Pidgeon, Pottawattamie, Iowa to Leven and Harriet Bradford Simmons. His parents were married on 27 February 1836 in Carthage, Hancock, Illinois. …