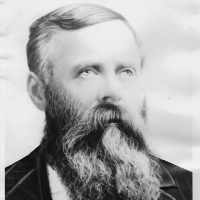 When James Packer was born on 10 October 1833, in Perry Township, Richland, Ohio, United States, his father, Nathan Williams Packer, was 22 and his mother, Elizabeth Taylor, was 20. He married Polly Mecham on 14 February 1854, in Lehi, Utah, Utah, United States. They were the parents of at least 7 sons and 4 daughters. In 1869, his occupation is listed as railroad contractor. He died on 15 July 1892, in Monterrey, Nuevo León, Mexico, at the age of 58, and was buried in Monterrey, Nuevo León, Mexico.