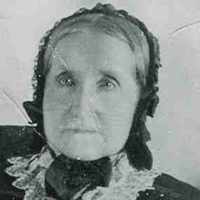 The Life Summary of Dorthe

Put your face in a costume from Dorthe's homelands.

I was born Dec 23, 1826, in Copenhagen, Denmark. My parents were members of the Lutheran Church and my father Hans Anderson, died when I was six years old, wherefore my mother, Magdalene Sophia Rab …