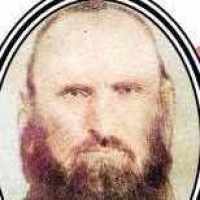 The Life Summary of Billa

When Billa Dickson was born on 8 March 1815, in Elizabethtown, Leeds and Grenville, Ontario, Canada, his father, John Dickson, was 33 and his mother, Mary Henderson, was 29. He married Mary Ann Stoddard on 10 April 1837, in Bastard, Leeds, Upper Canada, British Colonial America. They were the parents of at least 4 sons and 2 daughters. He died on 30 January 1878, in Richville, Morgan, Utah, United States, at the age of 62, and was buried in Porterville Cemetery, Porterville, Morgan, Utah, United States.

Put your face in a costume from Billa's homelands.