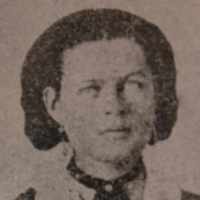 The Life Summary of Polly Ann

Put your face in a costume from Polly Ann's homelands.

After the twenty years that the capital was moved to Vandalia, the General Assembly, under the leadership of Abraham Lincoln, voted to move the capital to Springfield. Springfield is still the capital of Illinois to this day, even though Chicago has long surpassed the capital on population.

Francis Wilson Gunnell, A Life History I, Francis W. Gunnell, was born March 3, 1831 at Noughton, Nottinghamshire, England. My Grandfather’s name on my Mother’s side was Charles Wilson and on my Fa …