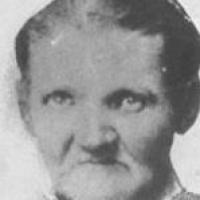 The Life Summary of Caroline Amelia

When Caroline Amelia Mortensen was born on 20 March 1821, in Købelev, Ravnsborg, Storstrøm, Denmark, her father, Morten Andersen, was 29 and her mother, Else Justensdatter, was 23. She married Ole Nielsen about 1841. They were the parents of at least 5 sons and 2 daughters. She lived in Ønslev, Ønslev, Nyborg, Denmark in 1855. She died on 3 April 1900, in Springdale, Washington, Utah, United States, at the age of 79, and was buried in Springdale, Washington, Utah, United States.

Put your face in a costume from Caroline Amelia's homelands.

Caroline Amelia Mortensen, born over in Kobelev, Maribo, Denmark married Ole Nielsen, also of Denmark (Losemarke, Maribo) in about 1841. They had five children in Denmark and three in Utah. Dorthea Ol …