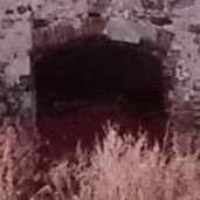 When Henry Hoff was born on 28 November 1875, in Frank, Volgograd, Russia, his father, George Hoff, was 26 and his mother, Katharina Margaretha Bender, was 29. He married Maria Katharina Bauer in 1897, in Frank, Saratov, Russia, Soviet Union. They were the parents of at least 7 sons and 4 daughters. He immigrated to United States in 1888 and lived in Hastings, Adams, Nebraska, United States in 1900. He died in 1964, in Ukraine, Soviet Union, at the age of 89.

An armed conflict between the Lakota, Northern Cheyenne, and Arapaho tribes and the 7th Cavalry of the US Army. The battle was the most significant action of the Great Sioux War of 1876.
1900 · Gold for Cash!