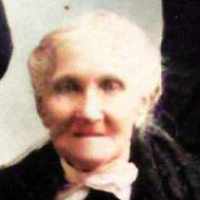 Scottish (of Norman origin): most probably a habitational name from Bosc-Benard-Commin in Eure, France. This place lies on the edge of the Forêt de Rouvray, near Rouen, in the heart of the district from which came numerous Domesday barons, and so is much more likely to be the source of the name than Comines in Nord. The name is also possibly derived from the personal name Cumin, which is found in Norfolk, Lincolnshire, and Yorkshire in the 12th and 13th centuries and may be of Breton origin, according to Reaney. Compare Old Breton Cunmin, which also appears as Cumin, and is from con- ‘hound’ with an uncertain second element, perhaps the min ‘edge’ which is found in other personal names.Irish: Anglicized form of Gaelic Mac Cuimín (or Ó Cuimín) ‘son (or ‘descendant’) of Cuimín’, a personal name formed from a diminutive of cam ‘crooked’. There was a 7th-century abbot of Iona named Cumin. In Scotland, this Irish surname became confused with the Norman name.History: A notable bearer of the Norman surname is Wilhelmus Comyn, Bishop of Durham, who came north to Scotland with King David I in 1124 and was appointed Chancellor of Scotland. He established his nephew Richard in Tynedale and Roxburghshire, and Richard also rose to be Chancellor of Scotland. The Comyn or Cumming family gained the earldoms of Buchan and Menteith and rose to be the most powerful noble family in Scotland in the century before the rise of King Robert Bruce.

History of Margaret Ann Reid Nelson and her family

History of Margaret Ann Reid Nelson and her family By Mabel, her daughter, 1961. Margaret was born of Scottish parents, on March 28, 1860 in Slat Lake City, Utah. When she was a young girl she wo …