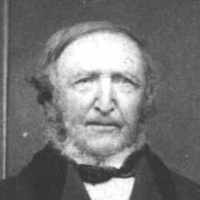 The Life Summary of Titus Lazarus

When Titus Lazarus Davis was born on 8 August 1806, in Llangeler, Carmarthenshire, Wales, his father, David Lazarus Davis Jr., was 21 and his mother, Rachel Thomas, was 31. He married Mary Gwenllian Bowen on 12 January 1840, in Llanwenog, Cardiganshire, Wales. They were the parents of at least 9 sons and 2 daughters. He lived in Llanwenog, Cardiganshire, Wales for about 10 years. He died on 12 April 1898, in Willard, Box Elder, Utah, United States, at the age of 91, and was buried in Willard City Cemetery, Willard, Box Elder, Utah, United States.

Put your face in a costume from Titus Lazarus's homelands.