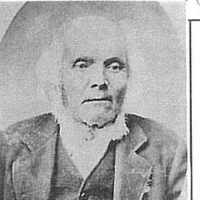 The Life Summary of Ola Pehrsson

When Ola Pehrsson Sandberg was born on 15 June 1806, in Sjöstorp, Dalby, Malmöhus, Sweden, his father, Pehr Nilsson Sandberg, was 45 and his mother, Hanna Persdotter, was 38. He married Karna Caren Jonsdotter about 1829. They were the parents of at least 5 sons and 5 daughters. He died on 9 April 1891, in Trenton, Cache, Utah, United States, at the age of 84, and was buried in Cornish Cemetery, Cornish, Cache, Utah, United States.

Put your face in a costume from Ola Pehrsson's homelands.