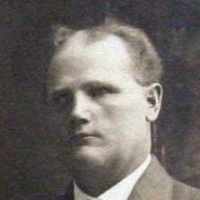 The Life Summary of Amos Anthony

Put your face in a costume from Amos Anthony's homelands.

AMOS ATKINSON AUTOBIOGRAPHY FOREWORD Unexpected sources sometimes help us with family histories. Uncle Amos was married to a second wife after his wife Annie Pope and their daughter Ruth die …