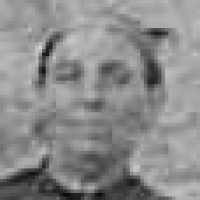 Some characteristic forenames: Irish Brendan, Liam, Aidan, Bridie, Brigid, Declan, Dierdra, Eoin, Keelin, Maeve, Niall, Seamus.Irish: shortened Anglicized form of Gaelic Ó Finn ‘descendant of Fionn’, a byname meaning ‘white’ or ‘fair-haired’; it is often found Anglicized as White . This name is borne by several families in the west of Ireland.English and Scottish: from the Middle English personal name Fin(n) (Old Norse Finnr, Fin, originally ‘Finn’), used both as a byname and as a short form of various compound names with this first element.

Mary Finn was born on 1 December 1843 in Worcester, Worcestershire,England to John and Caroline Hand Nind Finn. She was baptized into the Church of Jesus Christ of Latter-day Saints on 3 November 18 …