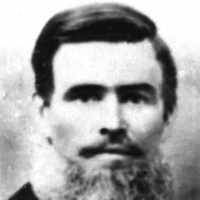 The Life Summary of Isaiah

Put your face in a costume from Isaiah's homelands.

"An autobiography of Elmer Ames Huntsman, written by my own hand according to the best of my recollection."

ELMER AMES HUNTSMAN "An autobiography of Elmer Ames Huntsman, written by my own hand according to the best of my recollection." I was born 9th of April, 1870 at Wellsville, Cache County, Utah. I …