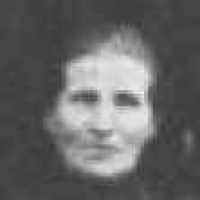 Put your face in a costume from Johanna Fredrika Amanda's homelands.

LIFE HISTORY: Johannah Adamson Bailey was born in Nicolai, Stockholm, Sweden, 24 August 1844 to Fredrick Adamson and Johannah Hurtig (also known as Hannah Halblom when she was an indentured servant as …