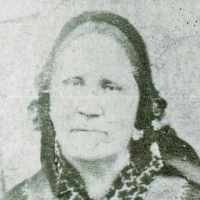 A Biography of Mary Ann Hancock Marsden By Jerry Shepherd …