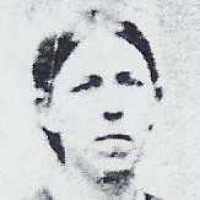 The Life Summary of Janette

Put your face in a costume from Janette's homelands.

Scottish and English: of Norman origin, a habitational name from Saint-Clair-sur-Elle (Manche), so called from the dedication of its church to Saint Clarus (see Clare 3).Americanized form of some similar (like-sounding) Jewish surname.History: The Scottish family Sinclair (see 1 above) came to southern Scotland in the twelfth century from Huntingdonshire with the de Morvilles. Descendants of these Sinclairs became earls of Caithness in the 15th century. The frequency of the surname in Caithness and Orkney is largely due to the adoption by tenants of the name of their overlord.

It is likely that JANET SINCLAIR met John Heaton in St. Louis. JANET was born in Tranent, Haddington, Scotland 11 June 1843, and was 15 years younger than he was. She had made the journey from Scotlan …