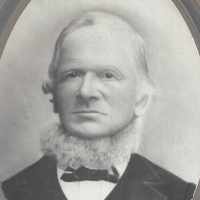 When James Thomas Belliston was born on 18 February 1819, in St Giles without Cripplegate, London, England, United Kingdom, his father, John Belliston, was 22 and his mother, Elizabeth Carpenter, was 18. He married Louisa Miller on 10 September 1838, in Handsworth, Staffordshire, England, United Kingdom. They were the parents of at least 6 sons and 4 daughters. He died on 10 February 1895, in Nephi, Juab, Utah, United States, at the age of 75, and was buried in Nephi City Cemetery, Nephi, Juab, Utah, United States.

Finally the companies had gathered enough equipment and provisions to confidently begin their journey. Elder Cyrus Hubbard Wheelock presided over the company. He organized the 400 or so individuals an …