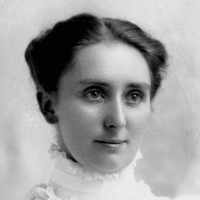 The Life Summary of Ida Ann

Put your face in a costume from Ida Ann's homelands.

Oliver Wendell Holmes once said, "if your name is to live at all, it is so much better for it to live in peoples hearts than only in their brains." Concerning Sarah Anderson Larsen we have no fear, f …