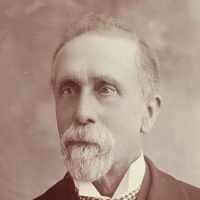 The Life Summary of George Charles

When George Charles Hillier was born on 11 May 1839, in Poplar, Middlesex, England, United Kingdom, his father, George Charles Hillier, was 38 and his mother, Charlotte Inglefield, was 39. He married Annie Laker Lashbrook on 25 November 1861, in Croydon, Surrey, England, United Kingdom. They were the parents of at least 5 sons and 8 daughters. He lived in Montpelier, Bear Lake, Idaho, United States for about 20 years. He died on 16 January 1908, in Union, Union, Oregon, United States, at the age of 68, and was buried in Montpelier, Bear Lake, Idaho, United States.

Put your face in a costume from George Charles's homelands.

Life Sketch of George Hillier and Annie Lashbrook Hillier and Family by Merle Ridd Grover George Charles Hillier was born May 11, 1839, in the town of Poplar, Middlesex County, England. He was the so …