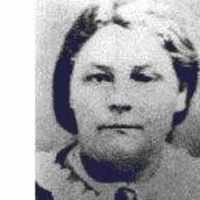 The Life Summary of Polly Juliana

Put your face in a costume from Polly Juliana's homelands.

SKETCH OF THE LIFE OF JOHN NELSON WAKLEY “PIONEER”

Written by Ida Wakley Brown, youngest daughter of John N. Wakley John Nelson Wakley was born December 26, 1819 in the Township of Bastard, County of Leeds, district of Ontario, Canada. He was the …