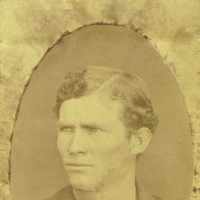 The Life Summary of Zebedee

Put your face in a costume from Zebedee's homelands.

I was about 8 and a half years younger. When Ira and I were small, mother often left us alone in the big house (14 rooms) and we had to go upstairs to bed. We had to carry a coal lamp up to light ou …