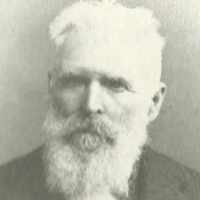 When Edward Friel Jr. was born on 10 April 1822, in Fanad, Millford, County Donegal, Ireland, his father, Edward Friel Sr., was 36 and his mother, Catherine Sweeney, was 34. He married Hannah Elizabeth Sharp on 16 January 1844, in Woodstock, Carleton, New Brunswick, Canada. They were the parents of at least 1 son. His occupation is listed as raised and weaved flax as a teenager in Ireland. He died on 10 April 1905, in Springville, Utah, Utah, United States, at the age of 83, and was buried in Provo, Utah, Utah, United States.

I have gg grandfather Edward Friel’s patriarchal blessing if anyone is interested in reading it. Please contact me cindyfovard@gmail.com I came by it through my father Boyd Friel’s family history coll …